By Mayo Be Well10th October 2022No Comments

GCAS was developed to offer a primary care treatment service for over 18’s with alcohol related problems in Galway city providing one to one individual alcohol counselling, family counselling and onward referrals.

Minister Feighan stated, “I am delighted to formally open the Galway city alcohol service for people with alcohol dependency which is being funded by the Dept of Health through the HSE.  It is widely acknowledged that problem alcohol use contributes significantly to a range of health and social problems. The new service offers a primary care treatment service for people with alcohol related problems integrated with their GP services. Galway city GPs can refer clients to the service through the Healthlink platform and most clients have a first appointment with an Addiction Counsellor within one week of being referred.” 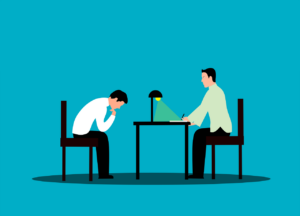 Brendan Murphy, Acting Drugs Coordinator, HSE Community Healthcare West Drug Service, “I’m delighted that we are all here today for the launch of the Galway City Alcohol service as it has been a long time coming and could not have been achieved without the hard work and commitment of a lot of people on the team and HSE management and the Ministers office in the Dept of Health.  The service has been operating in Merchants Road since January and the counsellors have already worked with 120 people with alcohol related problems in conjunction with their GP’s. The work they have done to date has not only helped those people directly, but also their partners, children and family members. The work they do in intergenerational and will ripple through the lives of many people for years to come.”

As plans to extend the service to cover Galway County, Mayo and Roscommon are currently under consideration and would provide an integrated alcohol treatment pathway for the population of Community Healthcare West, everyone in the room was pleased to hear Minister Feighan’s announcement; “I am very happy to announce that I allocated €350,000 in Budget 2023 for the expansion of this community alcohol service to Mayo. This will provide an integrated alcohol treatment pathway for people with alcohol dependency in Mayo, so that they can meet with an addiction counsellor within a short timeframe. The new service will be part of a comprehensive drug and alcohol service in the western region, with a single operational and clinical governance structure.”

Breda Crehan-Roche stated that she could not emphasis enough the importance of this Primary Care service to the overall Health and Wellbeing of the population.  She paid tribute to the staff working in the service and also the staff working in the Drug service which also operates from the building.  She reiterated that the development of addiction services in Galway, Mayo and Roscommon is a multiagency effort and she thanked all of the agencies including Western Regional Drugs Taskfore and an Garda Siochana for their commitment to a joint working in this area.  Ms. Crehan-Roche expressed her gratitude to Minister Feighan for his on-going support and in particular for his role in securing €350,000 to develop an Alcohol service in Mayo and is assured of his commitment to continue his efforts to secure future funding for roll out of the services in the region.

Find details of other substance misuse and addiction-related services in Mayo, Galway and Roscommon Here

We can point you in the right direction.

This web site hopes to improve constantly. We'd love to hear any feedback or suggestions you might have as to how we can do that. Thank you!