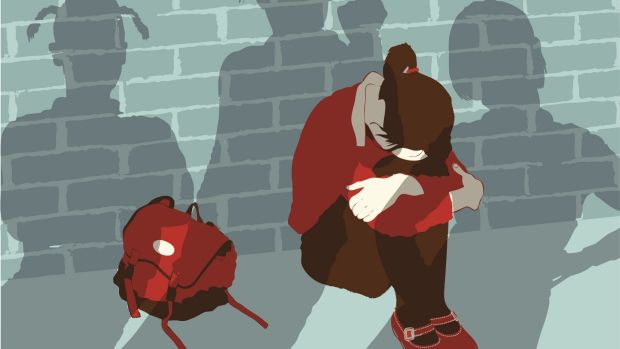 Many kids mindlessly fall into being a bully and if they are re-directed towards more satisfying behaviour to fill their need for power, they will leave their toxic behaviour behind and learn to be a force for good instead of evil.

School suits some children, and many kids are perfectly fine about going back to school when September arrives. The extroverted, easy-going children often find school an easy place to be; likewise, the kids who are academically clever and have a few good mates don’t tend to be bothered about school either. But there is a whole section of children who are filled with dread and anxiety about returning to school.

Primary school is usually manageable, even enjoyable, for these kids, but by the time secondary school comes around, the relentless pressure to perform, be it in exams or socially, becomes stressful and demanding.

Some children experience school as a place that highlights their inadequacies and disregards their strengths. The introverts – who think the intense socialising with hundreds of others, nine hours a day, five days a weeks is draining – and the children who have difficulties academically often find school wearisome and tedious.

Other children, the quirky ones who find it hard to fit in with the typical conventions, and the gentler, sensitive ones often perceive school as unnecessarily combative and competitive, and can end up harassed and anxious during school time.

So what can parents do when they know that school doesn’t madly suit their child? The writer Andrew Solomon, in his seminal Ted talk How the Worst Moments in Our Lives Make Us Who We Are, tells us that “we cannot bear a pointless torment, but we can endure great pain if we believe that it’s purposeful”. Although school might not be the “worst moments” in your child’s life, even so, if you as a parent can help to provide your child with a sense of purpose and some meaning to help them cope with homework, exams and popularity contests, then it will help the child more easily enjoy their education.

There are lots of different ways parents can help prepare their kids for school; some kids need help with the practicalities such as learning how to organise themselves with their books, lockers and timetables, while others need help with their actual academic work. Yet, often the most helpful thing parents can do to support their child weather the more difficult aspects of their lives is to put some time and effort into developing their kids’ emotional intelligence; if a parent can add to the child’s insight into group dynamics and build their self-awareness, they will find life much easier.

I wrote my book Bully-Proof Kids not only to help children who are being bullied but also to reach out to those who don’t sail through life making friends and looking forward to parties and concerts.

The term “emotional intelligence” is often dismissed as one of those off-putting buzz words favoured by middle managers who fancy doing a bit of blue-sky thinking, and yet, ever since Plato wrote that “All learning has an emotional base,” the importance of our emotional acuity has been highlighted as a means to success in life.

Parents can help their children develop their emotional intelligence and social skills by astutely pointing out different patterns of behaviour in themselves and others. When I was a novice psychotherapist, my supervisor would continually advise me to focus on the patterns of behaviour instead of the specific behaviour. For example, Jane might come home distressed because she was excluded from a certain party. If this is a one-off then a bit of empathy, understanding and kindness should easily help Jane regain perspective but, if Jane has a history of feeling excluded or indeed being excluded, there might be a reason for this and the helpful parent will help Jane figure out what exactly is going on.

So if a parent often hears about bullying in their child’s school then they need to be aware that the school itself might be a typically bullying environment. Indeed, your precious child might even be the bully. Most bullies are failed leaders – they have a certain amount of influence and power over others and they use this power to gain further control over others. But many kids mindlessly fall into being a bully and if they are re-directed towards more satisfying behaviour to fill their need for power then they will leave their toxic behaviour behind and learn to be a force for good instead of evil.

As the child moves from middle childhood to their teenage years, communication and connection between parent and child will be the most defining aspect of the relationship. It is a fine line between ensuring that the lines of communication remain open while at the same time permitting the child to have a private life, but this is the balance that parents have to try to strike. Parents need to create opportunities for parent and child to meet one-on-one, so authentic communication can take place. Maybe you could give them a lift somewhere regularly (and insist on no screens as a return for the favour) or you could go out for lunch in their favourite restaurant (again, no screens) every couple of weeks? For many families it will be difficult to create this space but the importance of it cannot be underestimated.

Bland and preachy sermons can do more harm than good and so a parent needs to appreciate that genuine communication is more likely to unfold when a parent is willing to lead the way. A parent can set the tone by confiding some age-appropriate things to their child. Perhaps there were some snide comments made in the office where you work and you felt that you should have spoken up and been an upstander but instead you took a lower road and kept schtum? Admitting your weaknesses can be the royal road to authentic communication and connection as your child begins to realise that no one is perfect and it is okay not to be okay.

Banning your child from ever posting a pic online can be completely ineffective because, first of all, it is galactically unlikely that your children will never post pics online and, secondly, if they get into trouble, they won’t tell you because they broke your rule.

It is much more effective and realistic to open up conversations about what is appropriate and inappropriate online behaviour and how they should react if they feel troubled by an online communication.

When one of my former clients, Tara, was 15 she was thrilled when her crush, Rob, asked her out. Tara’s parents were quite strict and she was allowed to see Rob only on Friday night and Sunday afternoon. As the months passed Tara and Rob became close and they used to Facetime each other every night to say good night. Tara, a typical teenager who was quite self-conscious, would always dress up for their Facetime dates. Rob would often compliment her and request pictures. Tara was flattered by Rob’s compliments and eventually relented and provided the odd picture.

Inevitably, Tara and Rob’s relationship became quite sexualised and most of their interaction was online. In many ways it was easier to be sexual online than in real life – the awkward real-life fumblings were much more real and embarrassing than the falsely sophisticated and clever back-and-forth involved in their online behaviour. Fairly predictably, Tara eventually lost interest in Rob and flirted with another boy at a disco and the previously loved-up couple split up.

Rob took full revenge on Tara and posted her private images all over social media. Tara felt humiliated by all the nasty online comments but she was deeply mortified and knew her parents would be ashamed of her so she couldn’t face telling them. She became quiet and withdrawn; she stopped going out with friends and turned in on herself and Tara’s teenage years moved from being fun and breezy to being filled with self-loathing and shame.

“Tech savvy and judgment poor” is a dangerous place to be but this is exactly where many teens and tweens are right now. It is only when their judgment has caught up with their tech know-how that they should really be let loose online without supervision.

Teenagers have poor impulse control and they take more risks (don’t blame your kids for this; this is the fault of biology, so blame Mother Nature) and so, even though they know they shouldn’t – just like when we were teenagers and we knew we shouldn’t get drunk, smoke or have unprotected sex – kids today often accept friend requests from people they don’t know. There are a lot of benefits of having more friends on social media; more likes, more traction and more presence equals more popularity both online and in real life.

The social media guru, Danah Boyd, points out that, “The more restrictions on kids’ movements . . . the more they use the phone and the web to hang out.” And so parents who allow their kids free movement on the internet but who are reluctant to allow them to attend the local disco are effectively channelling the child’s developing sexuality into online activity. Teenage children will experiment sexually – they will do it either online or in person. Parents need to accept this and figure out how they are going to handle it. Do you arm your child with education and contraception or do you cross your fingers and pretend it’s not happening? No matter what, it is necessary that a parent has something figured out before the child is allowed to go online unsupervised.

Bully-Proof Kids: Practical tools to help your child grow up confident, resilient and strong by Stella O’Malley, is published by Gill Books, €14.99. Stella O’Mally is a psychotherapist and counsellor.

How to spot that your child is being bullied

It’s a red flag if your child’s possessions go missing on a regular basis or if they get written on or ruined in any way. Your child might explain away each event but they might not want to admit to their parents or even to themselves that they are being targeted.

A child who feels unwanted or excluded can turn inwards and become reluctant to see their friends.

Radical changes of friendships are often an indication that socialising is a source of trouble.

Physical complaints such as tummy-aches or headaches can often be influenced by psychological stress.

Dreading school and trying to avoid it – some children make serious attempts to convince their parents to move school or move house.

Signs of self-loathing or mood swings can often be a characteristic of bullied children as they internalise the name-calling and negativity.

Crying spells or disturbed sleep suggest all is not well internally.

Intense emotional reactions to devices can suggest that the phone contains messages that are upsetting. These reactions can include an obsession with or a complete withdrawal from the device.

Feeling oppressed can lead the child habitually falling into the “victim stance”. This is a physically meek stance with the head often down and usually this person feels unable to speak their mind.