You are never too young to tackle mental health 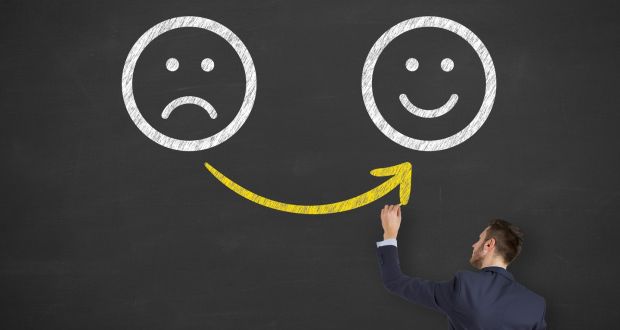 You are never too young to tackle mental health

Are our children learning to be as mentally fit as they are physically fit?

Schools should be playing a significant role in influencing positive mental health and reducing the risk factors for mental health difficulties.

There have been few generations as transformative for children as this one, other than perhaps the 1950s and 1960s, with both opportunities and pressures far more pronounced.

The internet has opened up the world for them, but has also brought that world constantly into their bedrooms. Globalisation has expanded their future job market, but also made it, and their school performance, much more competitive. The rise of divorce means more children are dealing with family breakdown. Even children’s events are now being targeted by terrorists, making the world a more complicated place to navigate.

Just as nutritional and physical fitness is encouraged in schools as a vital part of life education, so mental health is finally being recognised as crucial. According to a report by the Royal Collage of Surgeons in 2013, just under one in three young adolescents (31.2 per cent) in the 11-13 age range had experienced a mental disorder at some point in their life.

Given the dramatic changes to children’s lives, have Government, parents and schools kept up, and are we preparing our kids to be as mentally fit as they need to be for the world they now live in?

According to WHO, schools should play a significant role in influencing positive mental health and reducing risk factors for mental health difficulties. International evidence shows that school-based programmes, when implemented effectively, can lead to long-term benefits.

According to Kate Mitchell, senior policy and research officer at Mental Health Reform, a coalition of Irish organisations working in the sector, it’s the “implementing effectively” part that has been a concern in Ireland.

“Implementation of the national guidelines for primary and postprimary schools on mental health promotion and wellbeing has not been consistent,” she says, “because there is no clear implantation plan, no adequate resources and training for teachers, and poor signposting on how to direct children with significant issues.

“This may change with the roll-out of a new component on wellbeing this year as part of the new junior cycle reform, but it is imperative that such efforts are sustained.”

Mental Health Reform advocates for a nationwide schools’ programme on mental health and wellbeing in order to build resilience among the younger population and improve mental health outcomes, including those for children and young people with existing mental health difficulties.

The new subject on wellbeing will be introduced in September to students beginning their first year of secondary school. But is it enough?

School counsellors are overwhelmed and constantly dealing with students in crisis, and the external services are under-resourced, with substantial waiting lists.

The answer is no, according to Patsy McCaughey, mental health co-ordinator at the High School in Dublin. “As a society we have not kept up with the supports in and around mental health in the most obvious place. Schools are the area you can really access the children, yet there has not been a co-ordinated and dedicated approach.”

McCaughey began his career as a teacher. But after seeing the lack of supports for his students, he took a sabbatical to earn a degree in psychology and then trained to become an educational psychologist.

Back at the High School after stints with the National Educational Psychological Service (NEPS) and Cahms (Child and Adolescent Mental Health Services), McCaughey realised there was a huge gap between what was needed and what is provided. School counsellors are overwhelmed and constantly dealing with students in crisis, and the external services are under-resourced, with substantial waiting lists.

“We are modelling a new approach,” he says, “where the culture of emotional wellbeing is embedded in the school so that children are taught every day, at every level, how to develop the skills they need.”

The High School programme is unique, but McCaughey hopes it can be modelled to further schools. There have already been some requests to use the model.

WHO also advocates a “whole school” approach, he adds. “We want to teach our students to cope so they never reach the crisis points that are so overwhelming our guidance counsellors because they have learned the language and skills to prevent it.”

McCaughey appreciates that as a private school, the High School has the better resources to provide this.

What I recognise is that lots of schools and teachers would like to do this but aren’t sure how to do it, or don’t think they have the skill set or see it as their role”

“I’ve worked in schools where there are students who need help for anxiety and stress,” he says. “But there is maybe only one guidance counsellor, who is completely overwhelmed, so the child who needs help has nowhere to go. I want to make sure that that child is given the skills so they don’t need to access help.”

Because half of all mental health issues originate before the age of 14, McCaughey recognises how important it is to implement a school culture that supports children who have anxiety.

“What I recognise is that lots of schools and teachers would like to do this but aren’t sure how to do it, or don’t think they have the skill set or see it as their role. In creating this model, we can see the difficulties in implementing it, which will help other schools overcome that stumbling block.”

One example of these tools is to help students identify automatic negative thoughts such as “I can’t do that” and “catastrophising” situations by automatically saying “I’m going to fail this exam”.

It focuses on encouraging the student to identify this behaviour and challenge their own thoughts. By embedding this language and thought process through the whole culture of the school, supported by parents, it becomes a natural skill-set. Of the thousands of children who use the Jigsaw service, the overwhelming problem presented is anxiety

External support services that are self- or GP-referred, such as Jigsaw, also work on this basis of helping a young person to build their own resilience and giving them a skill set to cope.

“Needs for young people are shifting and changing all of the time, which is a real challenge for parents, teachers and professionals. Cultural changes are happening so fast, it feels we can always be steps behind,” says Gillian O’Brian, director of clinical governance with Jigsaw.

“So rather than try an ‘keep up’, we need to be able to provide support, make ourselves available despite the landscape. The key, especially in schools, is to help children build the skills. We want them to get upstream of their mental health. Let’s not wait until problems are entrenched and kids are downstream in terms of problems.”

Of the thousands of children who use the Jigsaw service, O’Brian says the overwhelming problem presented is anxiety.

“We need to ensure that society, and schools in particular, are creating a compassionate space so that we can prepare our young people to enter into this new changing world without being overwhelmed.”