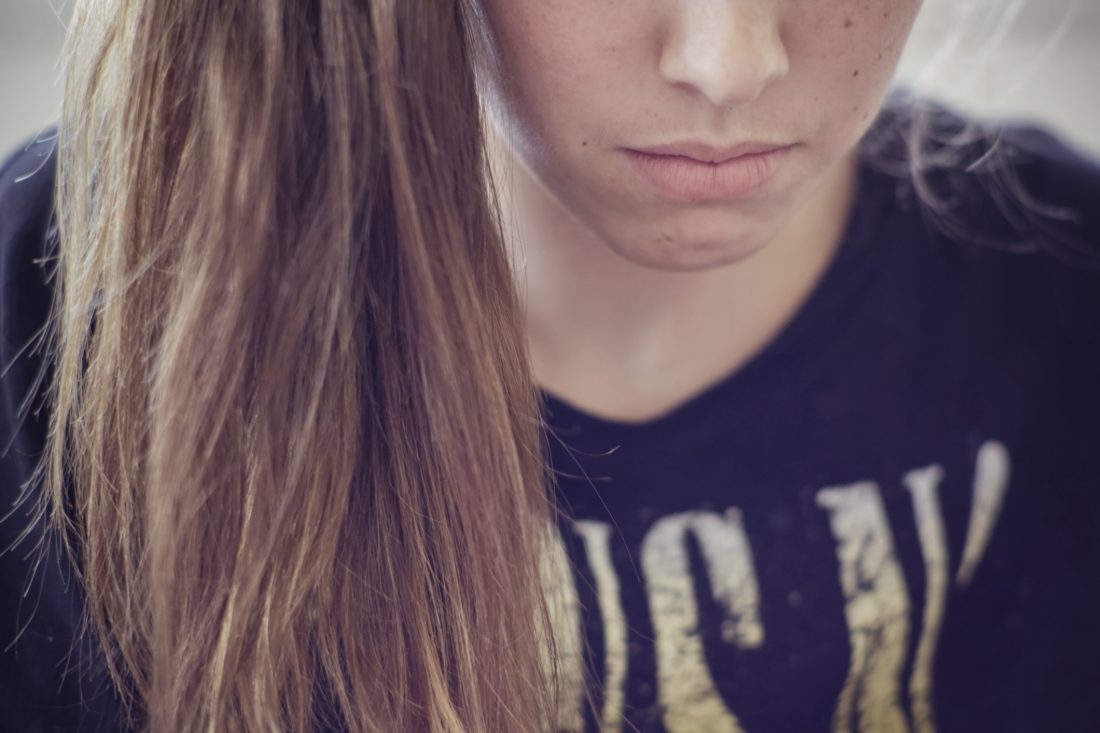 New statistics show Ireland has the highest rate in Europe for young girls taking their own lives. Our reporter asks why and what can parents do?

Suicide in Ireland is intrinsically linked with men. According to figures from the Office for Suicide Prevention (HSE), of the 451 suicides in 2015, 375 were male and 76 were female. Figures were similar in 2014, with 399 male suicides to 87 female.
However, although over four times more men take their own lives than women, Ireland has the highest rate for child suicide of girls in Europe. The shocking statistic was highlighted at the World Congress on Women’s Health held recently in Dublin and hosted jointly by the National Women’s Council of Ireland (NWCI) and Trinity College, Dublin.
So what is going on with our girls? Are they being left behind as we focus on encouraging our young men to talk and reach out for help when they are having a mental health crisis?

Gillian O’Brien is director of clinical governance with Jigsaw, a national organisation which has been providing mental health services to young people for over 10 years. She says that more girls attend their services than boys.

“Stereotypically, men don’t seek help and that engenders more fear in us. We feel we don’t really know what’s going on with young men and maybe we got a bit complacent about girls. We think girls will ask for help if they need it. But not all young females are capable of expressing themselves and of looking for help – just like not all males ask for help.”
O’Brien goes on to explain that men tend to engage in more fatal methods when they attempt to take their own lives and so unfortunately tend to be more likely to complete the action. But girls are much more likely to engage in poisoning, cutting and overdosing. The suicide statistics are obscuring the fact that we have a large cohort of young girls experiencing serious mental health challenges.

Marguerite Kiely is a clinical director at Pieta House and works with children and adolescents. She says the issues that bring young people into contact with Pieta House are the norm for their stage of development: sexual identity, family relationships, body image, low self esteem and friendships.
“But girls, in particular, tend to be very emotional, so these issues impact on them a bit more. We would have a high percentage of teenage girls coming in who are highly, highly, sensitive,” she says.

Kiely points out that problems with girls often start in second year. “First year is that transition year between primary and secondary school, but generally around second year, the groups form and that’s a natural adolescent process, but if a child is sensitive and if they are not part of a group, they have a sense of rejection,” she explains.
Although Kiely stresses that social media has huge positives for young people, she adds that it can also serve to magnify a sensitive girl’s feelings of isolation.

Marie Walsh is another professional working with young people at the Leeson Analytic Centre and she makes the point that “teens are all about the body and the girl’s pubertal body is ‘visible’ in a way boys’ bodies are not. So eating disorders, skin picking, hair pulling etc are very much part of my work”. Cutting, she says, “offers release, a hurt that can be shown, shared, spoken about”.
To discover your child is cutting themselves is one of the most difficult challenges a parent can face and many parents are terrified of talking to their child about self harm for fear of pushing their child further into trouble.

Some parents find it difficult to connect emotionally with their teenagers because they never experienced that emotional connection themselves with their own parents.
Walsh tells parents whose children are self-harming or suicidal to “hug them close, bind their wounds and bring them to therapy. They should tell them not to cut again because they love them and their broken little bodies”.

As any parent of teenagers knows, one of the most difficult aspects of managing your relationship with your teenage son or daughter is trying to understand what is going in inside their heads at the best of times. But when they hit a mental health crisis, this becomes even more difficult.
Grace Conway is a young woman who appeared in the recently released film by the NWCI on women’s mental health in Ireland called Out Of Silence. She describes how her thinking and perception of reality became distorted growing up, resulting in an eating disorder in her teens.

“It’s not so much wanting to be thin as an eradication of self. I wanted to get rid of me. I’d become obsessed by food, but also very disturbed by food,” she says.

Grace got the help she needed and says she is now “finding herself” again. But can a young person who has had an episode of cutting or even attempted suicide recover fully? Gillian O’Brien from Jigsaw argues that they absolutely can.
“We meet lots of young people who might cut or overdose or who may attempt to take their life but, actually, they do recover. They do well. They learn and reflect from their experience. They grow up, gain a different perspective, they feel better in themselves,” she says.

“We sometimes meet them again much later and they can look back and say ‘that was a very difficult time in my life, but that’s not something I have experienced since’. I think that’s a really important message. Young people can come back from this.”

If you have been affected by these issues, you can contact the Pieta House helpline on 1800 247 247.
How to support good mental health in your teenager

Communication is vital, but not always easy, so keep the lines open.

Watch your choice of timing for talking. Don’t be tempted to sit down when you have an hour free and demand your child speak to you.

Watch your language and pace. Go at their speed.
Setting boundaries is important but negotiate, don’t dictate.

Remember, there are no perfect parents. Parenting is a journey.

Don’t be afraid to inject some fun — keep it light. Kids work well with a sense of humour.
Finally, if you do need to access a service, make sure you emphasise with your child that this is something positive. Your child will learn skills that will stay with them for the rest of their lives. Marguerite Kiely from Pieta House tells her young clients they are like “being in a canoe with no paddle. We have the paddle. You just have to come and get one”.