‘Cabinet must spend to save young lives’ from suicide 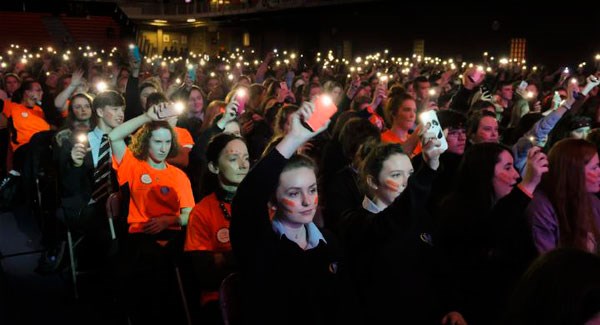 ‘Cabinet must spend to save young lives’ from suicide

The Children’s Ombudsman has called on the Government to invest further funding in mental health services to overcome the stigma of suicide and to help save more young people from taking their own lives.

Some of the 3,000 attendees at the Cycle Against Suicide Student Leaders’ Congress in the University of Limerick yesterday for day one of the event

The two-day event, which heard that around 800 people die by suicide in Ireland every year, continues today when 3,000 more students will attend UL from schools all over the country.

“It’s crucial we resource children’s mental health services appropriately. We’ve seen continuous disregard for budgeting, so that even when money is put aside for mental health, it’s been raided, and it’s something that we need to stop doing,” said Dr Muldoon.

“We’re already behind the curve on the amount of money that is spent on mental health services; we need to start catching up with it as quickly as possible so that when our brave children do decide to come forward — and it’s happening more and more where they’re acknowledging their pain — we need to have a service in place for them as quickly as possible.”

Dr Muldoon, an expert in child protection, explained that “early intervention makes a huge difference” to a person’s mental health.

He said young people are falling through cracks within the mental health services because of a lack of investment over decades.

“The child who comes forward (with an issue) and doesn’t get a service for 12 or 18 months, they often go back into their shell and often don’t seek help after that,” he said.

Helen McEntee, the minister with responsibility for mental health, also spoke at the suicide awareness congress. She acknowledged that services were lacking in the past but are a priority for Government.

“We have started from a very low base, where the model was that you locked people away if there was an issue, whereas now we are much more focused on a recovery orientated model, within the community ,” said Ms McEntee.

She said the Government has this year provided for an €850m investment in infrastructure and staff.

“We have the largest budget for mental health than we have ever had… and my priority is to see that increase year on year,” she said.

Meanwhile, a Clare priest said parents need to remind their children that “they are loved” as a means of helping to end the scourge of suicide.

Fr Jerry Carey, the parish priest of Doora Barefield, told the congress he believes one of the main triggers for suicide in young people is that “they do not feel loved”.

Having engaged at length with his young parishioners, Fr Carey said he has found many of them “don’t feel appreciated”.

“My message to parents is to tell your children that they are loved. We all need to hear that we are loved; tell your kids that, don’t presume they know,” said Fr Carey.